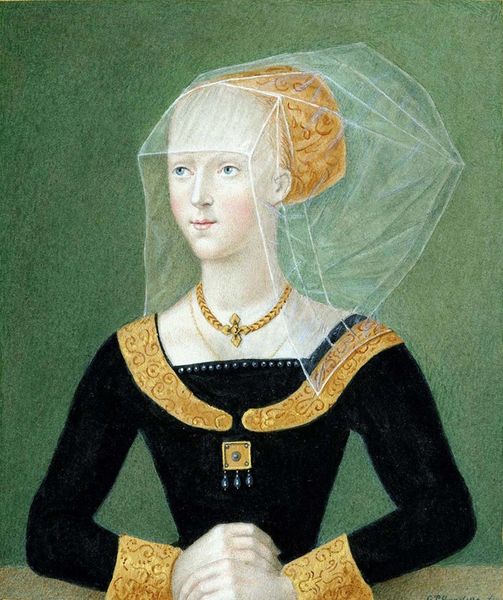 Elizabeth Woodville was crowned Queen on 26th May 1465.

It was traditional for a Queen Consort to have her own coronation should the marriage take place after the King had been crowned. So, in May 1465 the coronation of Elizabeth Woodville took place. To prepare for her coronation, she spent the night before with her ladies in the Tower of London.
Newly created Knights of Bath escorted her through the streets of London in a show of pageantry. The bishops of Durham and Salisbury led Elizabeth to the altar. The Queen was wearing purple robes, the train held by the Dowager Duchess of Buckingham and in her hands, she held the sceptre of the realm and the sceptre of St. Edward. Behind her train followed the ladies of the royal family.
The ceremony involved lying prostrate after a symbolic barefoot walk. The bishops prayed as she lay prostrate and afterwards she was anointed, crowned and led to the throne.
After the coronation ceremony, there was a lavish feast and a tournament was held in her honour.
More detail in my book http://mybook.to/WarsoftheRoses
Image; Elizabeth Woodville, Westminster Abbey

One thought on “Coronation of Elizabeth Woodville”